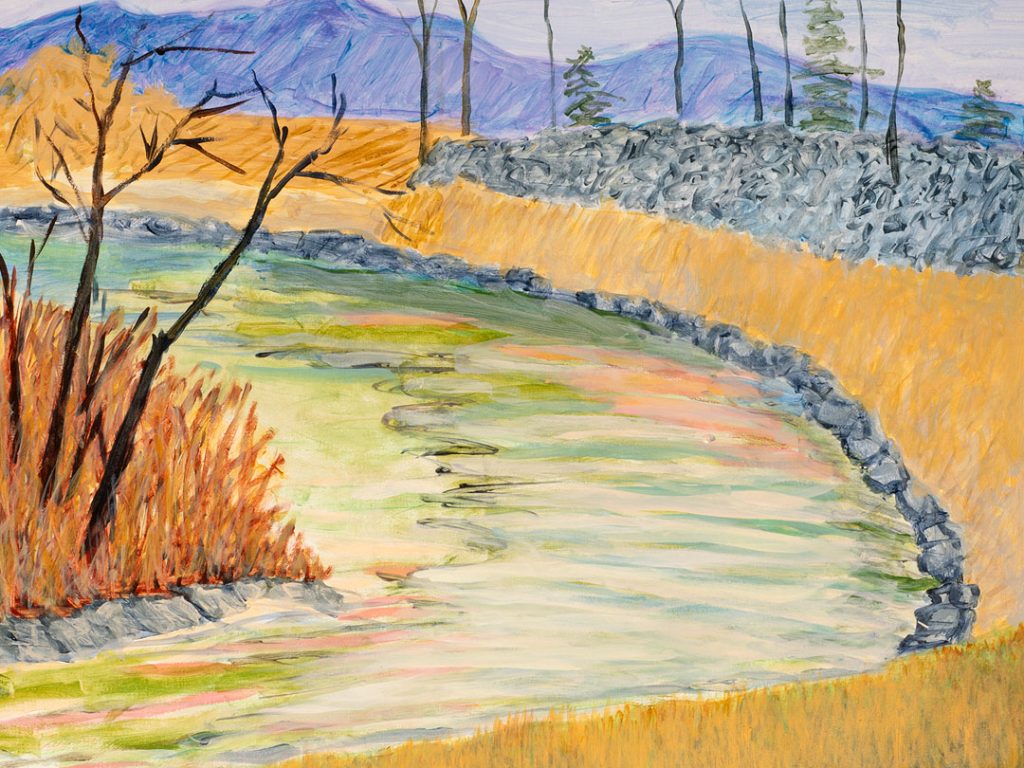 About the Artist
Margaret (Peggy) Lampe Kannenstine, from Woodstock, VT, is an artist whose acrylic paintings and works on paper have been shown widely for decades, and are held in the permanent collections of the Columbus Museum of Art in Columbus, OH; The Springfield Art Museum in Springfield, MO; the Hood Museum in Hanover, NH; The Bennington Museum in Bennington, VT; and the Fleming Museum in Burlington, VT. Peggy’s paintings are also in the collections of hospitals, academic institutions, corporations, and private collections around the country.

Peggy is past Secretary of the Board of Directors of the National Assembly of State Arts Agencies. She was twice elected to the VAC Board of Trustees, and was Chair for two terms. Peggy served on the Vermont Council on Culture and Innovation (VCCI) to study policy for the Creative Economy of our state. She is a past Board member of New England Foundation for the Arts; and was twice President of her local arts council, Pentangle. In 2005 she was appointed to the White House mini-conference on Creativity and Aging, held at the NEA. In addition, she is past Chair of the Board of Trustees of the North Universalist Chapel Society in Woodstock, VT. Peggy also served as Chair of the Board of Vermont Studio Center in Johnson, VT, and is now on the founding Board of the Center for Cartoon Studies in White River Junction, VT.

View Peggy’s artwork at lampekannenstine.com and read her spotlight in Artscope Magazine.