Part 1: Bat Conservation in the Time of COVID-19 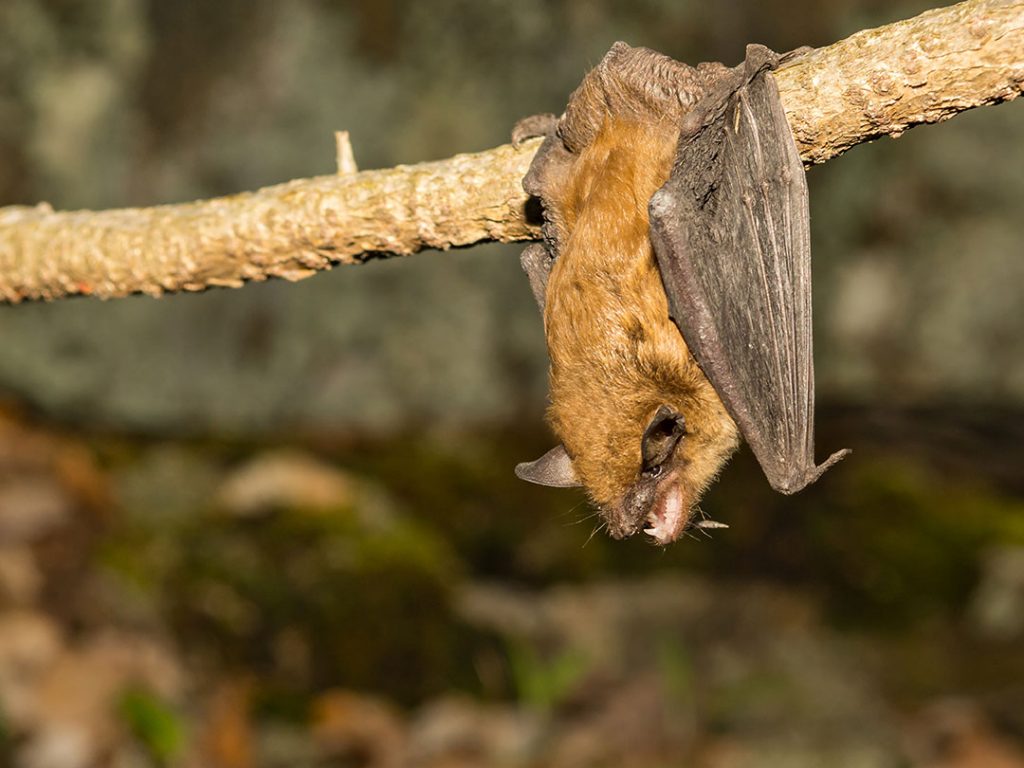 Virtual Event
Part 1: Bat Conservation in the Time of COVID-19

FREE and Open to the Public*
Registration is required for this event.

As COVID-19 continues to spread throughout our communities, it is difficult to think beyond the immense impact it has had on us humans. There are those however: scientists, conservationists, policy makers and other allies, working hard to mitigate the threat SARS-CoV-2, the virus causing COVID-19, poses to wildlife. Human-wildlife relationships and environmental pressures can lead to instances of viral spillover – the transmission of viruses from animals to humans, or reverse, from humans to animals.

VINS is pleased to bring together a panel of experts who will provide background on coronaviruses, explain why bats may be particularly vulnerable to viral spillover of SARS-CoV-2 and discuss the critical steps Vermont has taken to protect bat populations during the time of COVID-19 and beyond.

Alyssa Bennett has been working for the Vermont Fish and Wildlife department since 2011. She holds a master’s degree in behavioral neuroendocrinology from Smith College. As a small mammal biologist, Alyssa is in charge of the conservation and recovery of small mammal species, researching and conducting surveillance on white-nose syndrome, public outreach and education about Vermont’s bat species, and working on habitat conservation and regulatory review.

Barry Genzlinger, president of the Vermont Bat Center, is a long time member of Bat Conservation International (BCI) and participant in the North American Bat House Research Project. In 1998 he founded Chiroptera Cabin Company and began building and selling BCI-certified bat houses. Since then, Barry has built over 4,000 bat houses, including over 100 for major research projects studying bats as pest controllers.

In 2015, Barry and his wife, Maureen, founded The Vermont Bat Center, a 501(c)(3) nonprofit organization with a mission of providing education about bats and rescuing, rehabilitating and releasing sick, injured and orphaned bats from throughout Vermont.

Bill Kilpatrick is a Professor of Biology and the Curator of Vertebrates Emeritus at the University of Vermont where he has been a member of the faculty since 1974. He holds a doctoral degree in biology from North Texas State University and has published over 100 research papers. He chairs the Mammal Scientific Advisory Group to the Vermont Endangered Species Committee and has contributed to the development of Vermont’s Wildlife Action Plan. He has authored invited chapters in the Mammal Species of the World III and the Handbook of Mammals of the World. His studies of mammals have taken him to China, Central Asia, West Africa, the Caribbean including Cuba, as well as many parts of the Americas from Alaska to Argentina. Since the COVID outbreak, he has been a participant in an international task force organized by the Consortium of European Taxonomic Facilities reviewing much of the literature on the origin of SARS-CoV-2 and the diversity of SARS-CoV-2 like viruses in wildlife. He is the senior author of a recent publication stemming from part of that review, providing guideline to improve data collection in future studies of wildlife pathogens.

Meg Lout is Vice President and Present-Elect of the Northeast Bat Working Group, President of the Vermont Bat Working Group, and is a certified wildlife biologist who has been working with bats since 2005. She holds a Master’s Degree in Ecology and her research assessed the impacts of climate change on tropical birds and her professional background includes consulting as an avian and bat biologist. Meg is a currently a biologist and bat specialist with the Vermont Agency of Transportation. One of her many responsibilities includes avoiding, minimizing, and mitigating impacts to rare, threatened and endangered bats at transportation projects.