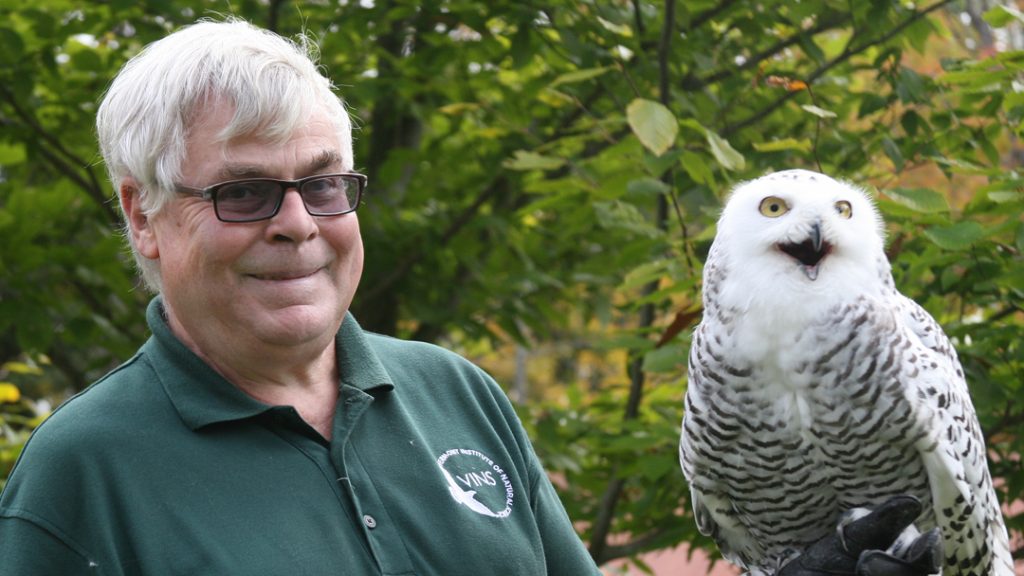 Quechee, VT – The Vermont Institute of Natural Science announces the arrival of two incoming board members and a Graduate Student Tuck Fellow, even as we wish two retiring members well. Incoming VINS Board of Trustees member Elizabeth Adams was elected in 2019. Liz has spent her career in conservation. From 2014 to 2017, she served as the Director of External Relations for The Lyme Timber Company, a timberland investment manager that focuses on land with unique conservation values. Prior to joining Lyme Timber, Liz spent twelve years raising public and private funds for conservation non-profits, including the Student Conservation Association and The Trust for Public Land. Liz earned a master’s degree from the John F. Kennedy School of Government at Harvard University and a B.A. from the University of Virginia. Liz is involved in a number of Upper Valley organizations and lives in Hanover with her husband, Clay, and two daughters.

Another incoming member, Chuck Sherman, elected in 2019, is retired from the National Institutes of Health where he finished a 30-year Washington career of health research policy analysis, determining which research training and support programs are most effective. With a PhD in quantitative psychology from UNC Chapel Hill, Chuck has made more use of the statistical side of his training. He has been an active Dartmouth alumnus, serving both as Class of 1966 president and president of the Dartmouth Club of the Upper Valley. He continues to serve on the Strafford Conservation Commission and on the Dartmouth-Hitchcock Institutional Review Board, reviewing the ethics of human subjects research. When he moved to Strafford in 2005, he became a member of the board of ValleyNet (and is now Secretary and Assistant Treasurer) where ECFiber was conceived and is being built to help local communities develop using high speed internet. He enjoys spending time outside with Margie and their two Australian Shepherds, often on their west-facing parcel filled with wild blueberries.

Also joining the VINS Board of Trustees is Graduate Student Tuck Fellow Kuba Nowicki. Following graduation from Pomona College with a bachelor’s degree in Economics and minor in Russian and Eastern European Studies, Kuba held several supervisory and managerial roles at McMaster-Carr Supply Company in New Jersey. Kuba is currently a candidate for a Master of Business Administration degree from the Tuck School of Business at Dartmouth, and plans to graduate this June.

Retiring from the VINS Board of Trustees are Simon Carr and Joan Goldstein. Simon, who served as Board Chair from 2013-2017, was elected in 2010. A retired architect and computer systems manager, Simon lived in the U.K. until 2002, earning a bachelor’s degree from the University of Bath and a Diploma in Architecture from London Metropolitan University. Simon joined VINS early in 2003 as a wildlife volunteer and subsequently the first raptor docent, handling all program birds except the eagles. His interest in studying birds grew out of his experience as a competition glider pilot. He and his partner Lynn Adams now reside in Lyme, N.H., where he was a member of the select board for six years and is now a Trustee of the Trust Funds. Simon remains active with VINS as a Board of Advisors member and on several Trustee Committees.

Joan Goldstein is also retiring from the VINS Board. Joan has been Commissioner of the Department of Economic Development since April of 2015. During that time, she has built a multi-talented team of professionals with varied expertise across sectors such as financial, small business, and government. Prior to her appointment to commissioner she spent six years as Executive Director of the Green Mountain Economic Development Corporation (GMEDC), and before that, worked as a small business advisor for the Vermont Small Businesses Development Corporation. Before to moving to Vermont from New York City 11 years ago, Joan spent over 20 years in the financial services industry at JP Morgan and Credit Suisse in a variety of international sales, marketing, client relationship and project management roles in the correspondent banking, equity capital markets, and private banking areas. Joan lives with her husband of 31 years in the town of Royalton, where she has served on the select board since 2009. During her free time, she enjoys spending time with family, cooking, movies, auctions and skiing, and has recently started playing squash.